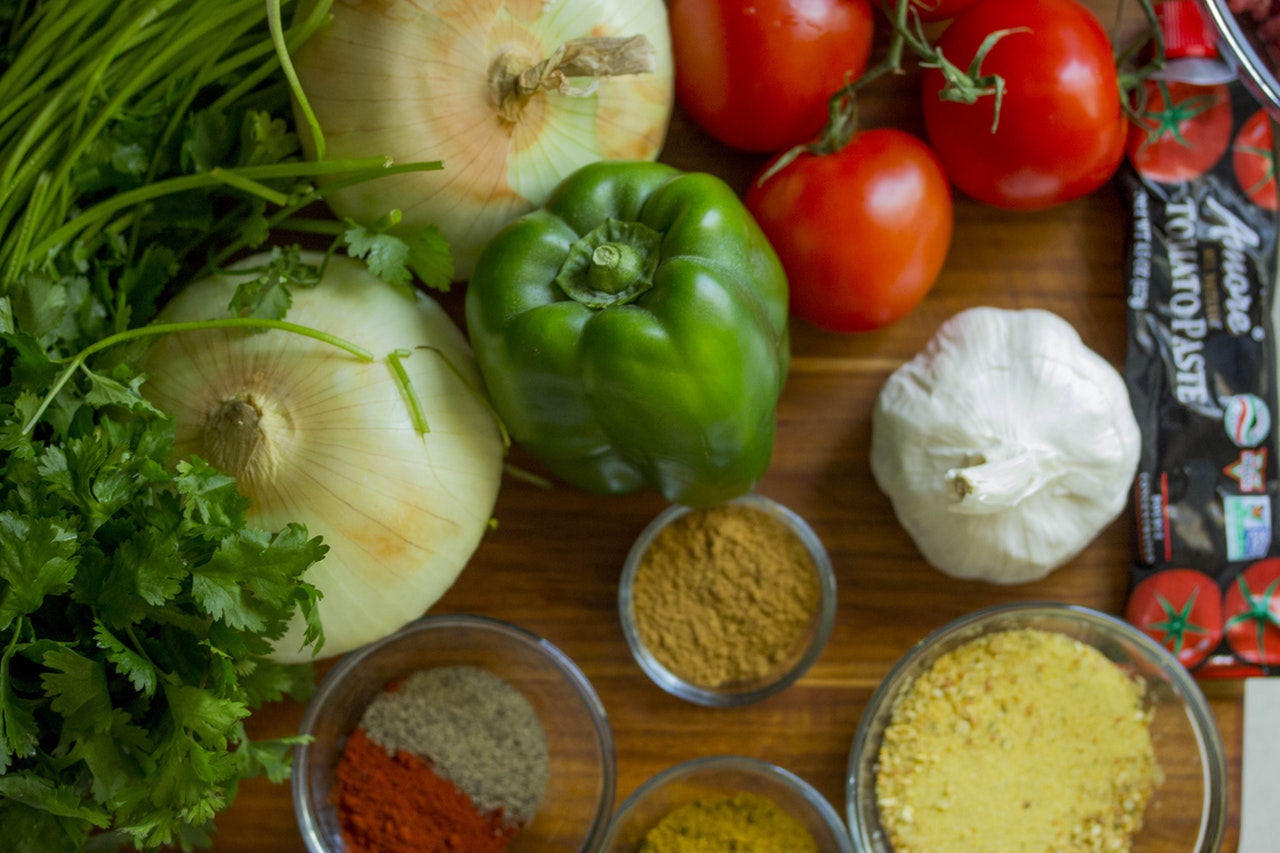 When I started my messy breakup with cheap chicken, one of the immediate complications I found was, well, how do you define “cheap chicken”? (And, by extension, what is “good” or “sustainable” chicken?) By cheap chicken, I meant some kind of admittedly vague combination of chicken that is treated poorly while it’s alive; that’s of questionable healthfulness, for both bird and man; that’s slaughtered cruelly; that’s produced in a way that damages the environment — all of which are endemic to an industry that prioritizes low price above all. But with buzzwords like “sustainability” and even “organic” thrown about all willy-nilly, it’s hard to know what we even mean by them. And it’s especially hard since marketers realized that more and more people are willing to pay more money for products with those words on them.

So, when you’re shopping for chicken, what do labels like “free range” or “pastured” really mean? Which chickens fall in line with everything you want, and which ones do you know you might make some kind of compromise for? I called two experts, Tom Schneller, who teaches meat identification and butchery at the Culinary Institute of America (and the man who taught me how to break down chicken), and Mark Kastel, co-founder of the Cornucopia Institute, an advocacy group for family farms and a fierce “organic” production watchdog.

The first thing Mr. Kastel said to me was kind of dispiriting: “Well, some of those labels just mean whatever the marketer happens to want them to mean.” Some terms, like “organic,” have legal definitions and actual enforcement. Others have definitions but not much enforcement infrastructure, and some, still, are utterly unmoored to the law. Here’s a breakdown.

Many consumers have a vague sense of the incredibly crowded factory-like conditions of industrial chicken production, if not outright horror at them, and so “free range” became a hot term to sell to those people, designed to calm their fears about the crowdedness of “grow-out houses” (and subsequent disease density, and, if you’re into this sort of thing, the unhappiness of the birds).

“Free range” does have an official definition: “Producers must demonstrate to the Agency that the poultry has been allowed access to the outside.”

The definition of “outside,” though, is shaky; does that mean there’s a window chickens could theoretically squeeze through? Do the birds actually go through it? And outside could be a gorgeous rolling hill or it could be … a parking lot. Some producers include a fenced-in section of open concrete in their grow-out houses, with enough room for maybe 5 percent of the thousands of chickens in that house, and this may technically satisfy the term. (Although Mr. Kastel is seeing indications that the Obama administration may crack down on this.)

Chef Schneller noted, though, that not all operations are cynical. “The chickens might have more space, access to sunshine. They won’t be foraging, though, so it’s not a taste or nutrition issue. It might be more humane.”

What some producers and farmers call “pastured” chicken is much more in line what with many people think they’re getting with free range. This means that the birds are actually kept in coops at night, but are left to forage on grass, seeds, worms, etc., during the day. They might be fed grain as well, but they have access to a greater variety of food in their diet, and the result is much more richly flavored meat and eggs — and a much more humane life for the birds. It’s also much more expensive to raise chickens this way, because of the amount of space required and how that limits how many chickens you might be able to raise at a time. What’s more, chickens can quickly turn a field into a moonscape with their pecking, so true pastured chickens will often be moved around a very large pasture as areas they’ve torn up need time to regrow.

Unfortunately, “pastured” isn’t a legal term yet, so consumers have to do their own research on the brands that use this label.

This is one of the most classically misleading marketing terms in all of food. While it’s not entirely true that anything can be called “natural,” the term has nothing to do with how a chicken is raised. It simply means that nothing has been added to the bird after slaughter — no flavoring, no brines, no coloring, etc. In an effort to curb some of the confusion around this label, the USDA requires marketers to say specifically what they mean when they use the term, such as “no artificial flavors” or some such.

According to Chef Schneller, this is a term that gets into a gray area. The chicken might be pumped up with a broth made from the bones of that animal. But it could also mean that sugar is added, or “natural flavoring,” whatever that might mean.

No hormones; No antibiotics

Actually, by law, hormones are not allowed at all in chicken production, so labels saying “no hormones” are just pure marketing. Antibiotics are a little more tricky, since they are allowed in conventional chicken production (not organic), but theoretically so long before the birds are turned into food that there should be no antibiotic residue in the finished product.

This is a still-rare but increasingly popular technique. The vast majority of chicken is “water-processed,” meaning the meat is chilled in cold pools. But with that much meat going through these pools, the water has to be chlorinated to kill bacteria, so you might not really want that. (Realistically, you’ll get way more chlorine in you if you accidentally gulp down a little swimming pool water, but still.) Air chilling is a more time-consuming and more expensive process, but the chicken skips the chlorine dip. And many chefs report that air-chilled birds have better flavor and skin that gets crispier. Chef Schneller called it “a definite positive.”

Conventional chickens are slaughtered in a way that involves electrified water, which is there theoretically for the chickens’, er, “comfort.” (The idea is that an upside-down dip into the pool will shock and stun them immediately, before they go through the mechanized kill line.) But many report that it doesn’t always work that way; you can imagine the horror stories. Animal welfare superhero Temple Grandin is working with several companies to convert to a process that lulls the chickens to sleep before slaughter, and if that’s something you’re interested in, the brands are Bell & Evans and Mary’s Chickens.

But don’t expect labeling on this any time soon. One of the biggest problems with clarity on how your chicken was slaughtered is the fact that, well, no one wants to be reminded that the chicken he’s buying had to be killed. “Slaughtered without terrorizing or torturing the bird!” doesn’t quite have the marketing oomph that, say, “All natural” or “Clean as angel’s breath” has.

These terms only refer to Muslim and Jewish religious criteria, respectively, mostly governing the slaughter of the birds. The labels have to be granted by religious authorities, not the government.

That said, some people insist on the higher quality and more humane treatment of birds with these labels. Both Chef Schneller and Mr. Kastel said that these claims can be true. Schneller noted that the simple fact of adding another layer of supervision, and especially, a more time-consuming slaughter that is done by hand (as opposed to the machines big producers use), may slow down the process enough that producers may be able to notice more that’s going wrong. And Kastel noted that one of the principles of kosher meat production is being very careful that the animal isn’t sick. So having someone specifically look for lesions and signs of disease in the birds is very helpful. Even though he lives near the site of the biggest kosher chicken scandal in history — a packer who was charged with abusing animals, exploiting workers, and a host of other crimes — he’s confident that the label is still mostly worthy of trust.

Finally, Schneller also adds that kosher birds are typically washed with salt, so they in a sense come pre-seasoned, and can taste better that way.

Organic: The best label of them all?

Mr. Kastel is a firm believer that, at this point, “organic” is the best and most powerful label in chicken production (but not necessarily the signifier of the absolute best quality and most humane treatment; for that, he suggests you get to know a chicken farmer).

It’s a term with legal weight and the USDA enforces it. What it means for a chicken is that 100 percent of its feed (except maybe mineral supplements) must be certified organic, which means in itself that it has been grown in a field that has not seen chemical fertilizers, fungicides, herbicides or genetically modified organisms for at least three years.

In addition to the feed, certain husbandry techniques are prohibited in organic production. Since antibiotics are not allowed at all, chickens can’t be contained in the literal wing-to-wing density that conventional producers use; with that cramming, it would be impossible to keep disease at bay without drugs.

By law, organic chicken also has to be “free range,” and while that term has its problems, the greater resources to inspect and certify organic producers means that this characteristic will at least be scrutinized to some degree in an organic bird.

“In general, you can trust the organic label, especially if you do the extra homework to look into the producer. It’s the only label that has legal bite,” Kastel says. That said, the really best way to know about the chicken you buy, he says, is to meet a farmer at a market and ask him or her to let you visit his or her chickens. “They are usually very enthusiastic about it. Good farmers are proud of what they do. They’re going to welcome visitors. And if they don’t, find a different farmer.”

Article written by Francis Lam.  Francis Lam is a Senior Writer at Salon.  Original article can be found here.

Previous Post Naked Eating – Starting Out – One Step At A Time