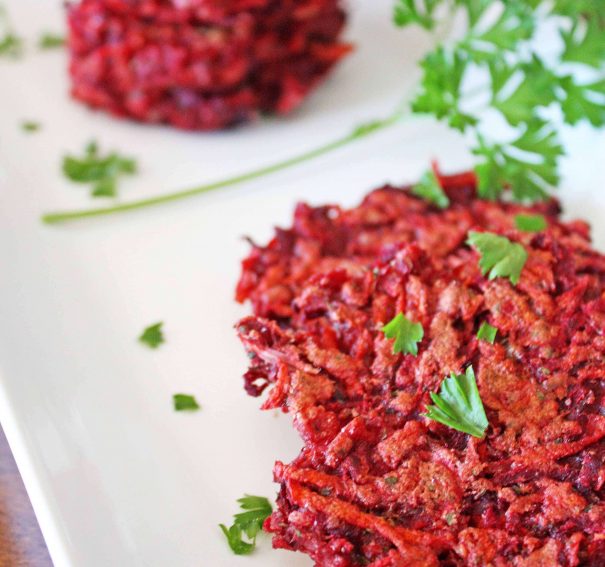 I bet most everyone has had potato pancakes or at least heard of them and they are delicious, but now that I’ve tried Root Vegetables Pancakes regular potatoes have taken the back seat to these colorful and tasty little cakes. I’ll be the first one to say that beets have been, at best, on my ‘tolerated’ list of vegetables. They have certainly never been a star attraction. Lately though I’ve been using them in some different ways and found that they are delicious when prepared well. In this recipe beets are combined with carrots, onions and spices and held together by garbanzo flour which also adds a rich flavor as well as protein. Perfect as a side dish or as a meal paired with a fresh green salad.

These pancakes are best eaten right away. They can be refrigerated and reheated but they won’t have the nice crispy outside texture when reheating.

For a different kind of hash browns (or should I say hash ‘reds’) you can omit the garbanzo flour and cook the shredded vegetables in 1-2 tbsp oil as you would hash browns. The sweetness of the vegetables are really brought out as they cook and caramelize together. Delicious! 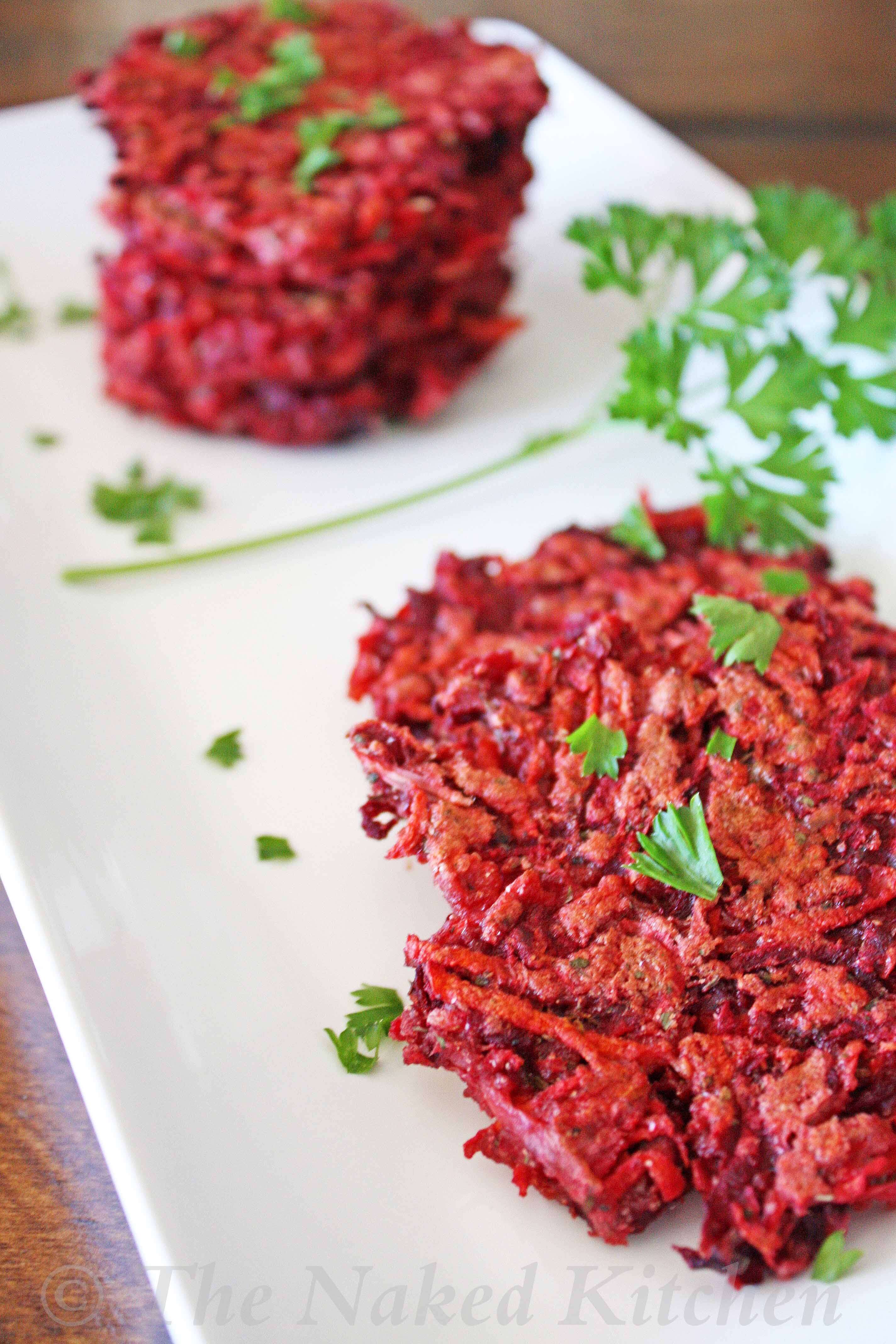