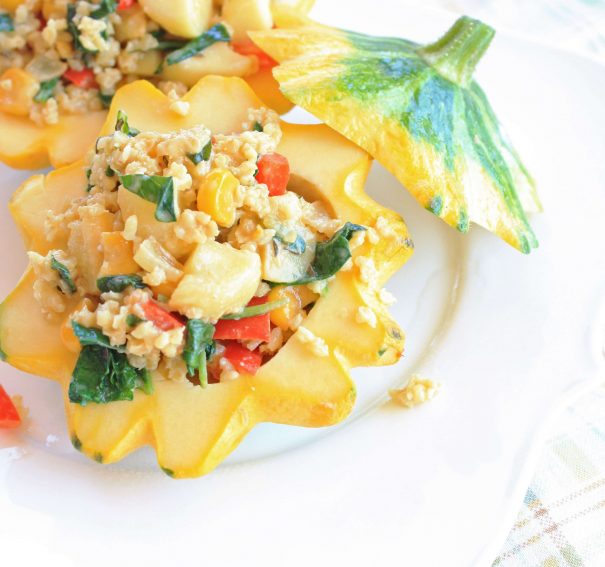 Patty Pan squash are so adorable that sometimes I just can’t bring myself to cut them up to prepare them so the next best thing is to leave them intact and stuff them! I don’t know how they came to be called patty pan squash. I would name them sunshine squash since they are so bright and cheerful looking.

For the stuffing you can use just about any vegetable combination you wish. Rice, quinoa, bulgar, etc. would be good in place of the millet as well but this recipe is my favorite combination. The miso sauce is just the right touch to make everything come together in one happy little cup of sunshine.

Store leftovers in an airtight container in the refrigerator for up to 2 days. 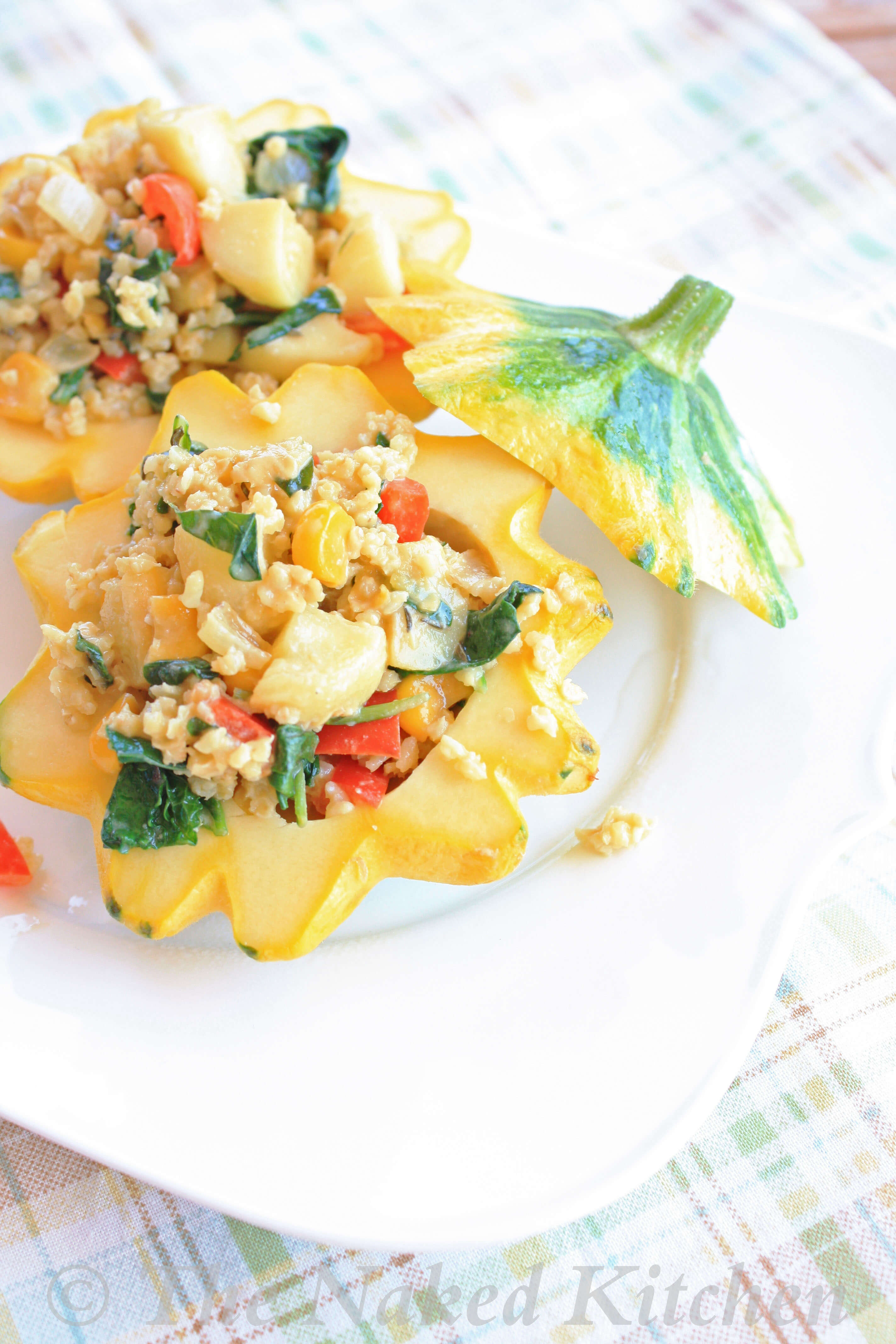